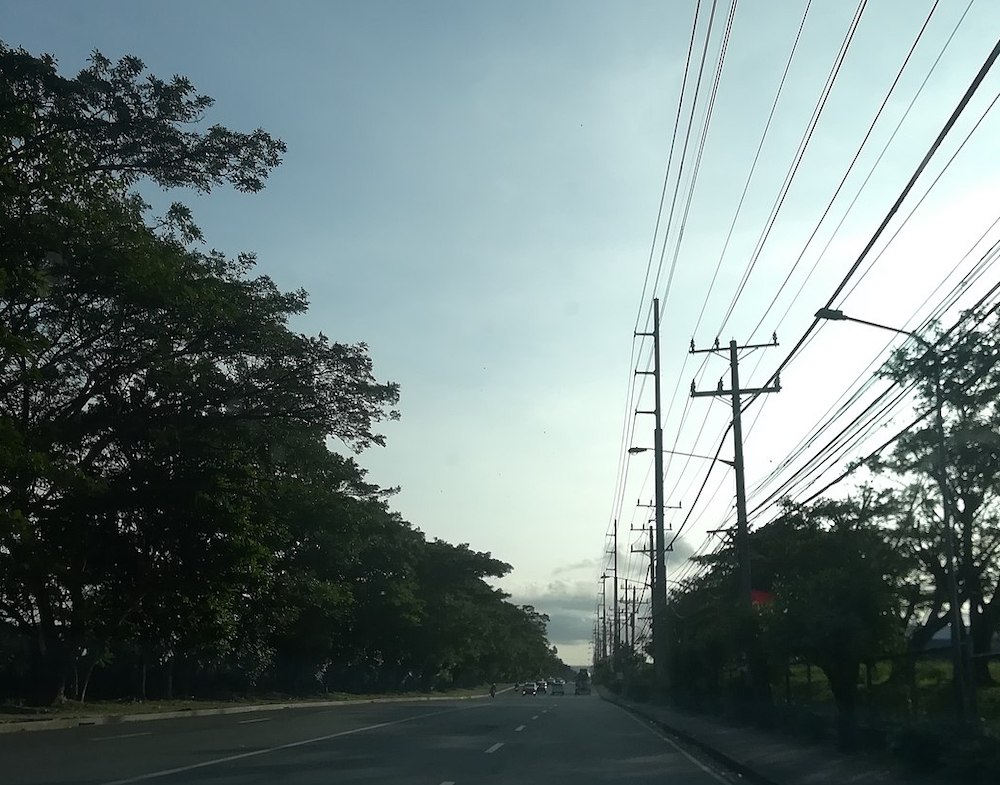 I met you the day your father was shot and killed. I’d been in Oakland for a pink sunrise, watching police sweep a homeless encampment, gathering what we called “string” from residents who had nowhere—yet again—to go. I felt more outraged than usual and also maybe more useful. This was journalism, I suppose I was thinking, making sure the world knew what was happening right here. I wrote three hundred words for my newspaper’s website in a café and was preparing to drive back across the Bay Bridge in brilliant golden morning light. Then I got a call.

An editor back at the office on Mission Street was listening to the police scanner and heard something unusual going on near Santa Rosa, about sixty miles northeast. Since I was already out, could I go? I could. I drove north, generalized dread already flushing cold through my veins, though I had no sense of what I was going toward. This is what the days were like, back then: waiting for something to happen, hoping it wouldn’t, getting the call, driving, always driving, toward disaster.

There were blackSWAThelicopters flying overhead and mixed reports from my editors: a robbery at two different addresses in Santa Rosa, three dead. Or maybe only one person was dead? Maybe they were related; maybe they weren’t. Someone seemed to think that it had something to do with marijuana. I kept driving north into the brilliant sunlight, in a direction that—on other days or for other people—might have led to wine country or skiing in Tahoe.

Then the road turned into a vast sprawl of neon signs. I stopped at a gas station to buy a water bottle and a phone charger, a little shaky from hunger. I was listening to a song on repeat: “Heard you were rolling in the good times out West, went to the desert to find your destiny and place . . .”

I’d moved to San Francisco just a few months before to become a “breaking-news reporter.” The romance of breaking news was that you were just thrown out there, learning on your feet, somehow transforming into a real reporter in the process. I had wanted this badly, all of it: the crime scenes and fires, the early-morning wake-ups and late-night phone calls. But it turned out I hated showing up on people’s doorsteps in the wake of disaster and death. One Friday, there had been reports of a hostage situation many miles north. While the details emerged online and over the radio, I did something unforgivable in the profession: I went to the bathroom, took deep breaths, and waited a few minutes until someone else was sent instead.

The first Santa Rosa address was a bust. Or, rather, it wasn’t really an address at all—it described a long stretch of halfway highway between two traffic lights. There were a few houses and I knocked on their doors but, to my relief, got no answer. I drove on, down a road that cut through farmland, where the distance between mailboxes grew longer. There were horses and shocks of green, as though drought had never struck here. This was the kind of place where neighbors could be relied upon to say, I can’t believe that something like this would happen here of all places. Then I saw the Sonoma County Sheriff’s truck hulking beside one of the mailboxes. This must be the place.

There were large cactuses and there was yellow tape. Even as I flashed my press pass, it was clear I wasn’t going to get very close to the scene—to your house, a low, white ranch house I could see from the driveway behind the kind of padlock gate that would keep horses in. A grizzled deputy with a red beard and sunglasses looked at me with disgust. “The family’s not interested in talking, ma’am,” he said.

“Can you tell me what’s going on?” I asked. Reporting under conditions like this was always full of roadblocks, and the primary obstacle was usually someone in uniform.

“你有打电话给媒体,”他说。他女as disgusted by me, and I by him. Sometimes the only thing that motivated me in my reporting was the stoic “No” of police officers and sheriff’s deputies and flacks on the phone. I pulled up nearby to wait. I fiddled with my phone, checked for new statements from the different law enforcement agencies, texted friends in New York—a boy I loved was there—and then looked up to see you, leaning on a gate and looking straight at me through the windshield.

I grabbed my notebook and scrambled to get out of the car, up to the gate. We stood for a minute in the dusty early-afternoon heat and didn’t say anything.

You were about my age, give or take. I was twenty-two. You had been crying, though you made a good attempt at hiding it, red rims around your eyes.

I can’t remember what I started to say, maybe something like,Hi, I’m a reporter, I know today must be a hard day, but I was wondering if you could tell me a little more about—

“We’re not talking to anybody right now,” you said quietly, looking down. I looked down, too, and saw you were wearing dark leather cowboy boots.

“I’m really sorry to bother you, it’s just that”—I was trying to figure out what to do with my hands, gesturing too much, probably—“we’re hearing reports that someone was killed here last night and I wanted to know if you could tell me if that’s true?”

To that, you said nothing; you looked at me and turned away, walking back toward the house. The cop was watching me from the car with the window rolled down. Maybe he shook his head, or maybe that’s something I’ve imagined since then.

I drove away, back to the first set of addresses, and fielded calls from frustrated editors. Someone from the family—perhaps you?—had spoken earlier to thePress Democratand confirmed that a man had been tied up, tortured, and shot dead in the middle of the night. The suspects were a group of men who had mistaken the property for a cannabis farming operation—or perhaps it actually was one? Could I go back and find out? I could.

When I got there, I stayed in the car, engine on, watching the clock and hoping you wouldn’t return. But you did, this time flanked by two men—boys?—who looked about your age. Maybe cousins or brothers or just friends. You recognized me and you looked my way almost imploring, as if to say, “I alreadytoldyou: I need some time.” The three of you walked toward a parked truck. I wish I’d given up then, but I instead followed numbly.

“You need to leave right now,” said one of the other boys. I liked him for that.

“Okay,” you said, surprising me. But as I tried to write my number down, my pen ran dry. We stood awkwardly facing each other as I tried to sketch it, us just standing there in the brutal heat, your red-rimmed eyes behind sunglasses. Finally, I was ready to quit; I even shrugged. But then you pulled a pen out of your pocket, and you let me use it.

I have thought so often of this day—of my cruelty and your pain, of how powerful I was and how powerless I felt, of the pen you lent me, right in the moment of my defeat. What you must have felt that day remains impenetrable to me, even as I know more of the story, or at least as I know the bits of it that were reported in the following days, before everyone looked away. Your father was shot ten times while you and your mother were bound to chairs, with duct tape in your mouths. Four men and one woman were eventually arrested. More than a year later, a murder trial was ordered. It has yet to happen. That’s one version of the story, but the ripple effects of that night are, I am sure, a much longer and more complicated story than could ever be written. No one has even tried, least of all me.

那天在圣罗莎,我想象着你讨厌me, but I now suspect you didn’t think much of me at all. Probably I was part of the collateral of your grief, the random details—chipped nail polish, oddly shaped clouds, the color of someone’s hat—that one notices in the moments before or after catastrophe. If you remember me at all, I imagine that it’s like that: a girl standing improbably in the glare of sunlight and rising dust, borrowing your pen after hers runs dry, the sound of gunshot still fresh in your ears. Regardless, you were generous to me on a day when you had no reason to be. I wish I’d been kinder in return.

Sophie Haigney has written for theNew York Times,The New Yorker,New York Magazine,theEconomist,The Atlantic,Slate,The Nation, and theBoston Globe. She wasOff Assignment’s first managing editor and helped get the Letter to a Stranger column off the ground.

FromLetter to a Stranger© 2022 by Colleen Kinder. Reprinted by permission of Algonquin Books of Chapel Hill.