The Others
我周围五十左右的男人,在我的公司will sit and be silent for ten days. I eye them discreetly, wondering who among them is going through a crisis. Who, like me, has a family. Who’s single, who’s been dumped, who’s poor or unhappy. Who’s emotionally fragile, who’s solid. Who risks being overwhelmed by the vertigo of silence. All ages are represented, from twenty to seventy, I’d say. As to what they might do for a living, it’s also varied. There are some readily identifiable types: the outdoorsy, vegetarian high school teacher, adept of the Eastern mystics; the young guy with dreadlocks and a Peruvian beanie; the physiotherapist or osteopath who’s into the martial arts; and others who could be anything from violinists to railway-ticketing employees, impossible to tell. All in all, it’s the sort of mix you’d find at a dojo, say, or in any of the hostels along the Way of Saint James. Since the Noble Silence, as it’s called, hasn’t yet been imposed, we’re still allowed to talk. As night begins to fall, very early and very black behind the misty windowpanes, I listen to the conversations of the little groups that have formed. Everything revolves around what awaits us in the morning. One question comes up again and again: “Is this your first time?” I’d say about half the group are new, and half are veterans. The former are curious, excited, apprehensive, while the latter benefit from the prestige that comes with experience. One little guy reminds me of someone, but I can’t say whom. Since I’m a negative sort of person, my attention focuses on him. With a pointed goatee and a wine-toned Jacquard sweater, he’s annoyingly smug in the role of the smiling, benign sage, rich in insights into chakra alignment and the benefits of letting go.

North Korea?
Vipassanasessions are the commando training of meditation. Ten days, ten hours a day, in silence, cut off from everything: hard-core. On the forums, a lot of people say they were satisfied with, and sometimes even that they were transformed by, such a demanding experience. Others denounce these sessions as a sort of sectarian indoctrination. The place is like a concentration camp, they say, and the daily meeting a form of brainwashing, with no room for discussion, to say nothing of disagreement. North Korea. The duty of silence, the isolation, and the poor nutrition demean the participants and turn them into zombies. What’s more, leaving is forbidden, no matter how bad you feel. No, defenders argue, if you want to go you can go, no one’s stopping you, it’s just strongly discouraged. Above all, the participants themselves commit to staying until the end. I was intrigued but not put off by such discussions: I feel immune to sectarian indoctrination, I’m even curious about it. “Come and see,” Christ said to those who had heard all sorts of contradictory rumors about him, and that still seems to be the best policy: come and see, with as little prejudice as possible, or at least being aware of whatever prejudices you have.

AZafuin Brittany
I’ve been married two times, and both times I made albums of family photos. Then, when you separate, you never know where these albums will end up. The children look at them with nostalgia, because they show the time when they were little, when their parents loved each other like they should, when things hadn’t yet gone wrong. My first wife, Anne, and I spent the summer holidays in Brittany, at the Pointe de l’Arcouest, where we rented a house that was marvelous but completely run-down, because it was jointly owned and none of the co-owners saw why they, and not their brothers or sisters, should change a light bulb. Facing the island of Bréhat, it had a superb view of the ocean, which we reached by walking down a wooded path that was so steep and so wild that each summer it had to be cleared with a machete. Anne was incredibly pretty. She wore blue-and-white-striped jerseys and a bright yellow raincoat, I had an unruly lock of hair and little round glasses. I would have liked to look mature, I looked like an adolescent. In the morning we went to get crepes at the village bakery, in the evening we bought crabs down at the docks. Among the many photos of our two little boys, one in my album shows me on the beach with Gabriel, age three or four, doing the canonical series of yoga postures called the salute to the sun, and another shows Jean-Baptiste sitting on azafu, laughing the happy laugh of a child. These photographs date the practices I’m discussing here, and attest that at the beginning of the nineties I already had azafu。I was already sitting on it, early in the morning, taking pains to wake up before everyone else to observe my breathing and the flow of my thoughts. Azafu, if you don’t know, is a round, compact Japanese cushion, specially designed to help you sit upright while meditating. Our boys liked to call this blackzafuZafu, as if it were a pet, a second dog—the first one being a mangy, one-eyed mongrel we called “the poor old guy,” who lived somewhere in the neighborhood and came to see us every day. I know that these memories only interest Anne, the boys, and me, that we’re the only four people in the world whom they can make smile, or cry, but too bad, too bad for you, reader, you’ll have to put up with the fact that authors relate these kinds of things and don’t delete them when they’re rereading what they’ve written, as would only be reasonable, because they’re precious, and because one reason to write is also to save them.

In the Clear?
I wrote these jaded lines two years after the incidents they relate, in a room in the Sainte-Anne psychiatric hospital, where between electroshocks I tried to keep my weary, roaming mind in check by patching together this story. However, on the night of January 7, 2015, lying on the narrow bed of my bungalow on an isolated farm in the Morvan region and waiting for dinnertime to arrive as a heavy rain pounded down on the soft, black earth of the garden, I saw things in a less cruel light. At that time, even if I didn’t see myself as calm, appeased, and serene—not entirely, not yet—at least I saw myself as someone who was no longer pathetically neurotic. For Freud, mental health is being able both to love and to work, and to my great surprise, for almost ten years I’d been able to do both. If someone had told me when I was younger that this would be the case, I wouldn’t have believed them. I didn’t expect that much from life. The fact is, though, that I had written four big books that many people had liked, one after the other, and without long or torturous periods of dryness, and I thanked heaven each day for a marriage that made me happy. After so many years of sentimental drifting, I believed I had arrived at berth, and that my love was sheltered from storms. I’m not crazy: I know full well that all love is endangered—that in any event everything is endangered—but from then on I imagined this danger as coming from the outside, and no longer from within me. Freud has a second definition of mental health, just as striking as the first: no longer prey to neurotic misery, but just to common unhappiness. Neurotic misery is a state we ourselves create in a horribly repetitive way, ordinary unhappiness one that life holds in store for us in ways that are as varied as they are unpredictable. You have cancer, or worse yet, one of your children has cancer; you lose your job and are plunged into poverty: ordinary unhappiness. I myself have been largely spared ordinary unhappiness: no great sorrows, no health or money problems, children who are making their way in life, and the rare privilege of having a career I love. As far as neurotic misery goes, though, I’m second to none. I don’t want to brag, but I’m exceptionally good at turning a life replete with all it takes to be happy into a veritable hell. And I won’t have anyone making light of this hell: it’s real, terribly real. However, against all odds, it seems I’ve escaped it. In January 2015, it seems I can say I’min the clear。Of course, I’m careful not to get smug, I know it could be an illusion—but is an illusion that lasts for ten years still an illusion? What makes this moment of my life so good? What’s behind this progress? Psychoanalysis? Frankly, I don’t think so. I’ve spent almost twenty years on couches without any noticeable results. No, I think it’s simply love. And maybe meditation.Yoga,meditation: I use these two words more or less interchangeably. I think that like love and writing, yoga and meditation will accompany, support, and carry me with them until I die. I view the last quarter of my life—because, statistically, at almost sixty that’s the phase I’m entering—in line with Glenn Gould’s maxim, which I’ve copied so often into so many successive notebooks: “The purpose of art is not the release of a momentary ejection of adrenaline but is, rather, the gradual, lifelong construction of a state of wonder and serenity.” 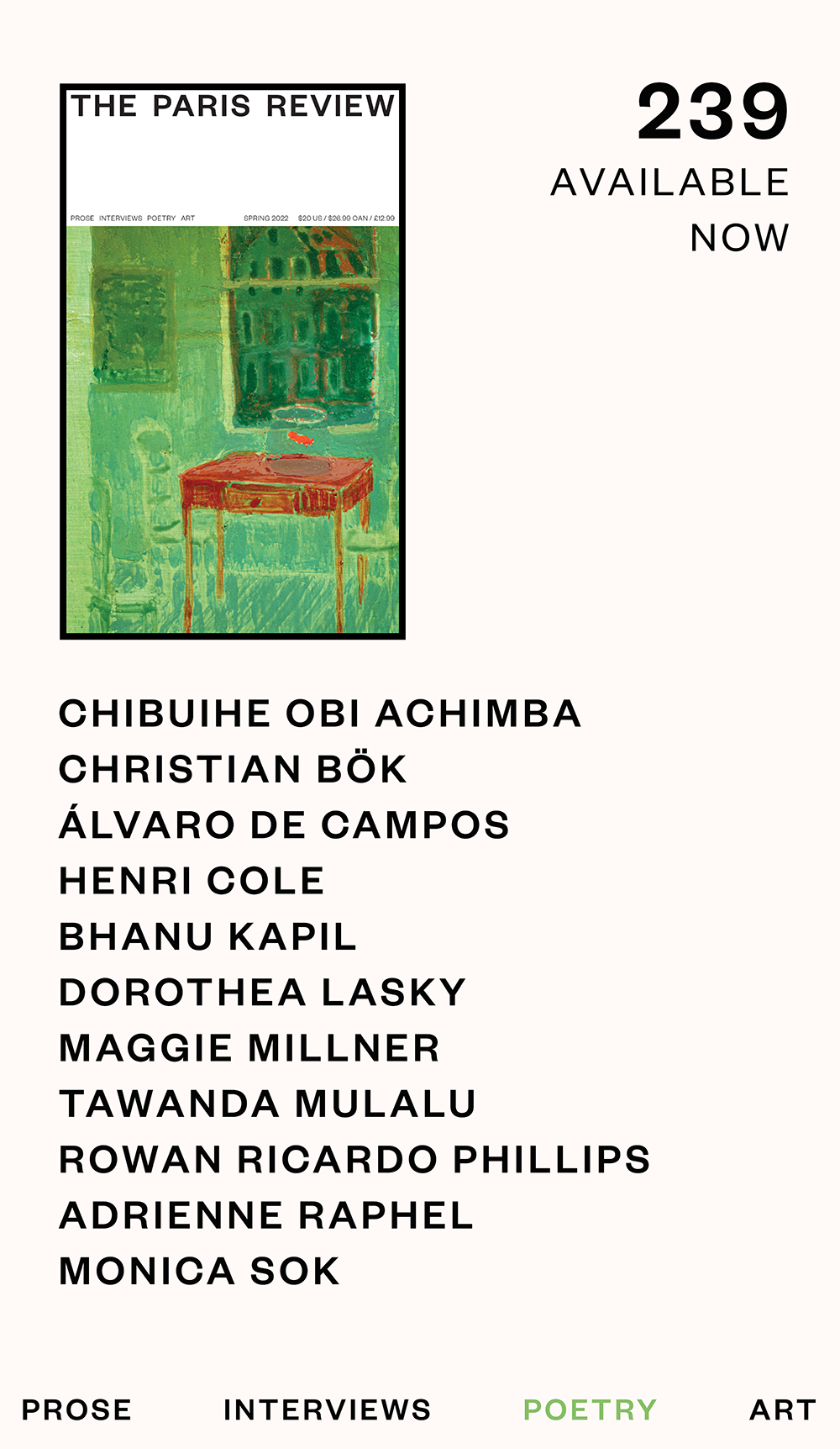